Recent analysis conducted under the Helsinki Principle 5 workstream of the Coalition of Finance Ministers for Climate Action looks at commitments and methods used by the private financial sector to align with the Paris Agreement goals and explores how Ministries of Finance can support these commitments. The Santiago Action Plan and the Coalition work program identify this as a priority topic. In this summary, written for policymakers, Jochem Wissenburg from the Ministry of Finance of the Netherlands, Florencia Baldi of the FC4S Network, and Emma Dalhuijsen and Samantha Power of the World Bank present some of the findings and suggest potential actions for government actors.

Financial institutions are joining a growing number of initiatives to align their lending and investment portfolios with the Paris Agreement goals. Individual institutions from all over the world are measuring climate impact and have set climate alignment targets. National initiatives in European, Latin American, and Asian countries have been established to advance climate-aligned and sustainable finance. Internationally, institutions are collaborating under initiatives such as the Net Zero Asset Owners Alliance, which aims to align portfolios with net-zero outcomes in the real sector by 2050. Nonetheless, implementation of such commitments remains challenging since methodologies to measure climate impact are still under development, compliance is not effectively controlled, adequate data is still lacking, and real world impact depends on a multitude of factors inside and outside of financial institutions’ remit.

This summary showcases different commitments that have been undertaken to illustrate approaches that financial institutions and governments are currently developing. It also assesses the characteristics of the different tools and methodologies for measuring Paris alignment. Finally, the summary makes suggestions for potential action policymakers can take at the international and national levels. Ministries of Finance (MoFs) and central banks, as well as international bodies such as the Coalition of Finance Ministers for Climate Action (‘the Coalition’), have a role to play in fostering robust climate alignment initiatives and methodologies.

Below: a table comparing different Paris Alignment methodologies adapted from the Summary for Policymakers note. 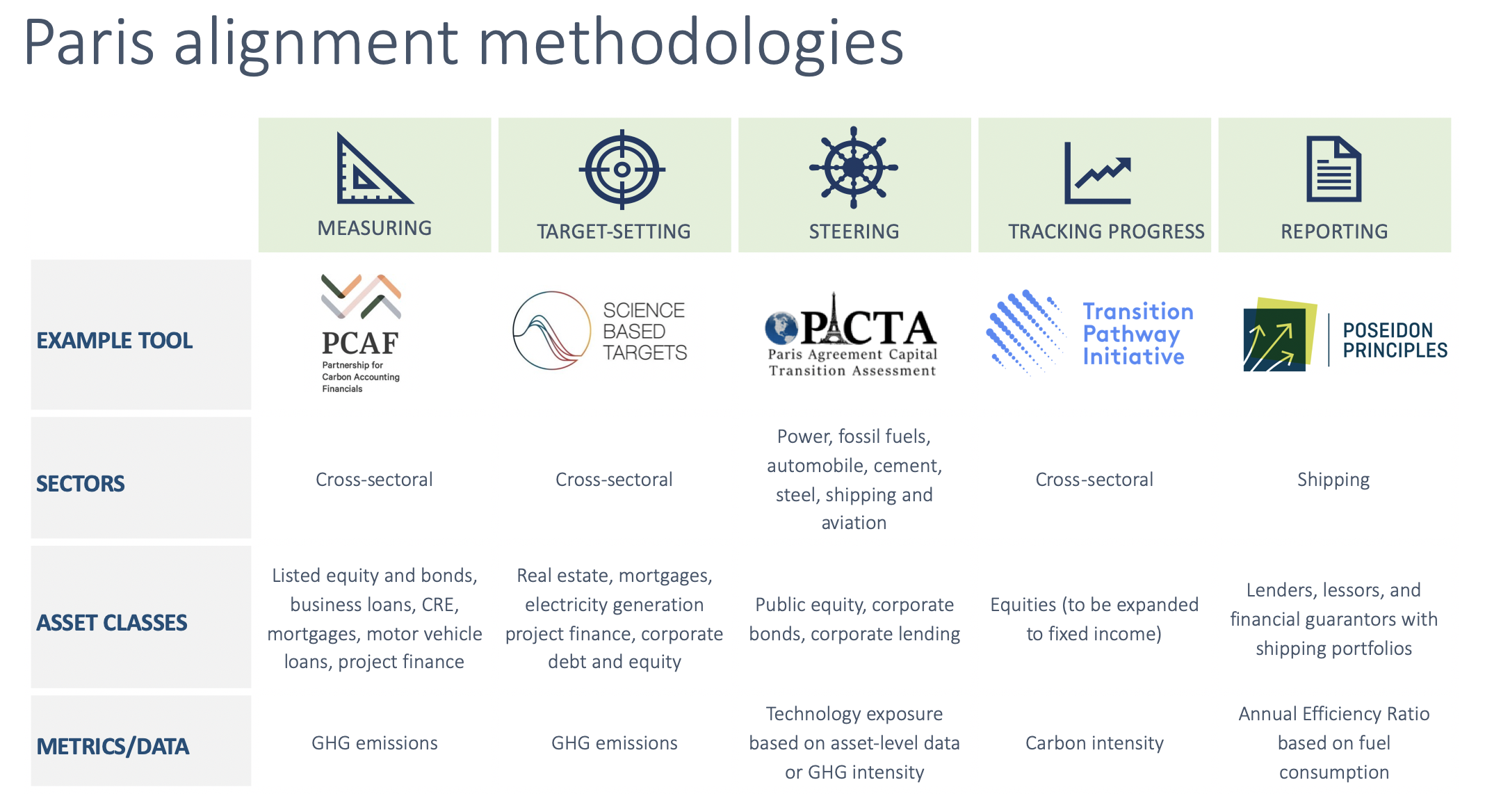