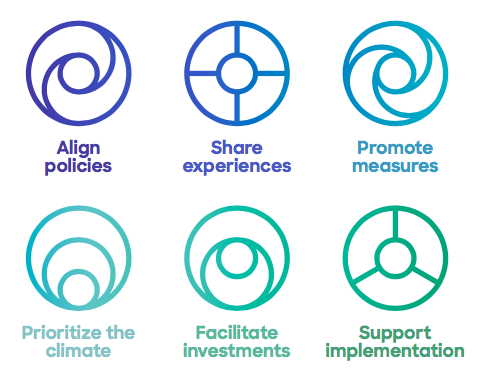 The Work of the Coalition

The Coalition’s vision is detailed under the Santiago Action Plan, which outlines how the initiative will make collective progress on the Helsinki Principles in 2020 and beyond. It reflects Members’ engagement to work actively towards common goals of mainstreaming climate change and lays out in detail the priority work areas and deliverables under the Helsinki Principles, keeping in mind countries’ realities and contexts. Released at the COP25 in December 2019, the Santiago Action Plan reiterates that a fundamental change is required to bring considerations of climate change into decision-making about economic and financial policies, and recognizes that Finance Ministers hold the keys to unlocking climate-fiscal reform. The Santiago Action Plan aims to help reaffirm commitments, accelerate action, and boost ambition to operationalize and implement fully the Paris Agreement.