As governments around the world strive to combat the burgeoning threat posed by climate change, policy makers are engaged in a groundbreaking effort to realign their national financial systems to support the objectives of sustainable development. Having long viewed their institutional objectives as either ancillary or irrelevant to climate policy, finance ministers increasingly recognize the financial system’s vital crosscutting role in promoting climate change mitigation and adaptation, as well as sustainable development more broadly. To organize the different range of actors involved in the transition to sustainable finance around a common conception of their roles and responsibilities, national authorities have deployed sustainable finance roadmaps.

These roadmaps can help prioritize actions and coordinate activities among stakeholders, including policymakers, supervisors, regulators, associations, corporations, and other financial sector participants to accelerate the expansion of sustainable finance. These documents generally provide recommendations, i.e., suggested actions for various stakeholders to enhance sustainable finance within financial systems. Furthermore, these reports have served as important inputs to the development of actionable sustainable finance strategies, along with several other inputs and agreements, including those from international forums, networks, and organizations.

The Helsinki Principle 5 Workstream has produced a report assessing a sample of roadmaps from various countries to identify commonalities and differences across them. This research was led by the UN-convened Financial Centers for Sustainability (FC4S) network, in collaboration with the World Bank, under the direction of the Coalition. The roadmaps from 30 countries have been analyzed, including the experiences of the following Coalition Member countries: Canada, Japan, Luxembourg, Mexico, Nigeria, Switzerland, Germany, and Ireland. 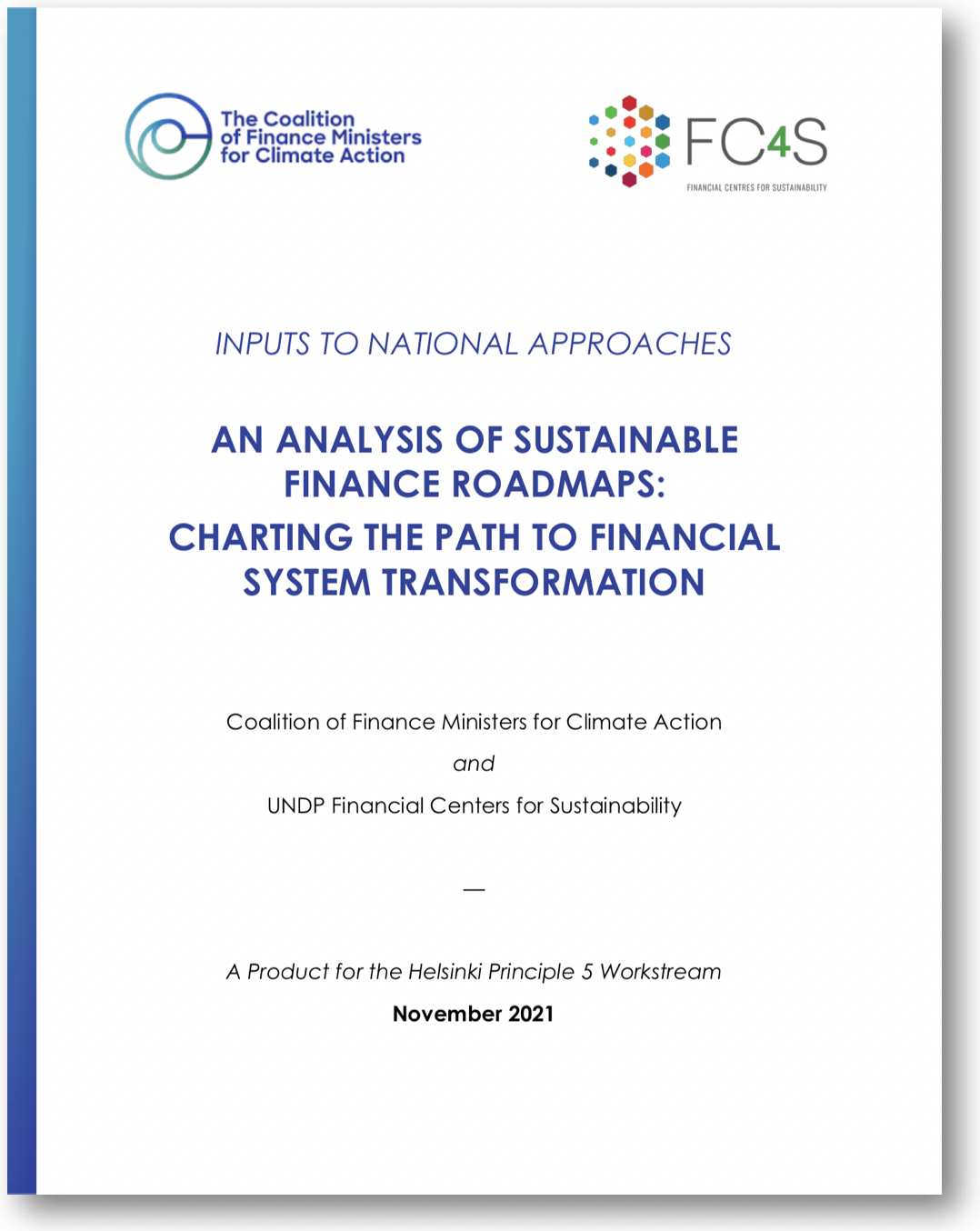 The following criteria for developing an effective roadmap were identified in the report: 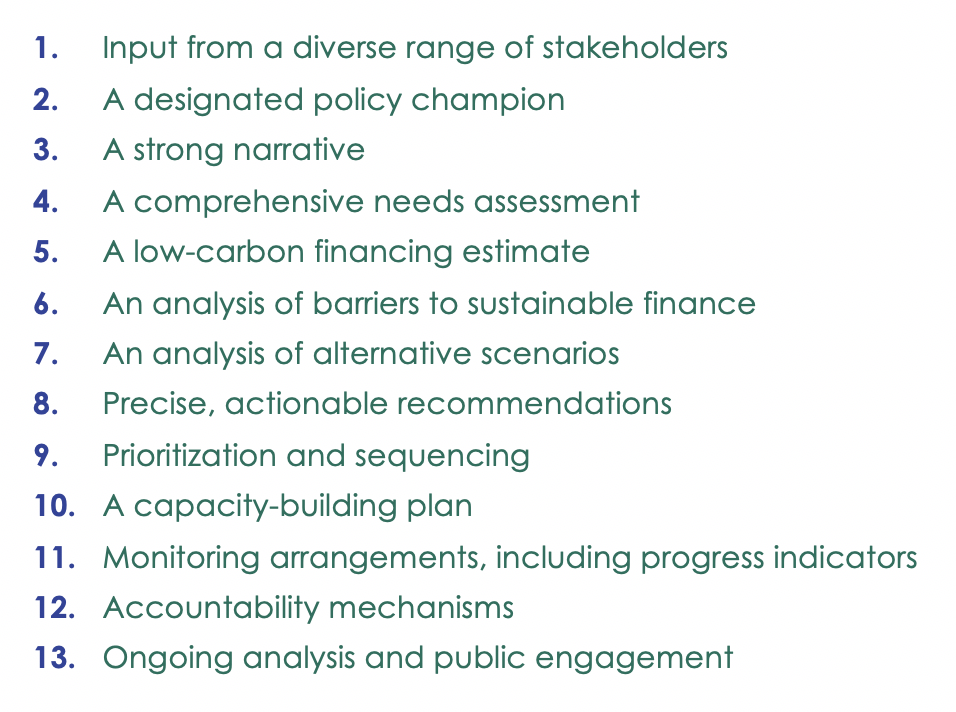