The Coalition of Finance Ministers for Climate Action met on November 9 during the UNFCCC COP27 conference in Sharm el-Sheikh, Egypt. The meeting—one of the central events of Finance Day at COP27—brought together Finance Ministers, heads of international organizations, and other senior officials to discuss how finance ministries can help their countries adapt to the increasingly costly impacts of climate change.

Participants noted that climate change impacts will have a major effect on economic growth and public welfare over the long term, even if emissions reduction targets are reached—therefore making it critical to ramp up adaptation efforts. Speakers emphasized that finance ministries have a key role to play in boosting adaptation investments using the economic and fiscal policy levers at their disposal.

In this context, attendees stressed the vital importance of improving access to adaptation financing—particularly for low-income and climate-vulnerable countries—and discussed the role of multilateral development banks and the private sector in providing adaptation finance. The need to further develop national financial systems to mobilize public and private finance was also highlighted. Participants welcomed the public release of the report, Climate Change Adaptation and Role of the Coalition of Finance Ministers for Climate Action, which was prepared as a key input into the meeting.

In addition to the adaptation discussion, the meeting also marked the launch of a consultation process with stakeholders and partners on the role of finance ministries in climate action. The dialogue and consultation will feed into a forthcoming guide, Strengthening the Role of Ministries of Finance in Driving Climate Action, that is expected to be endorsed by Ministers in April 2023. 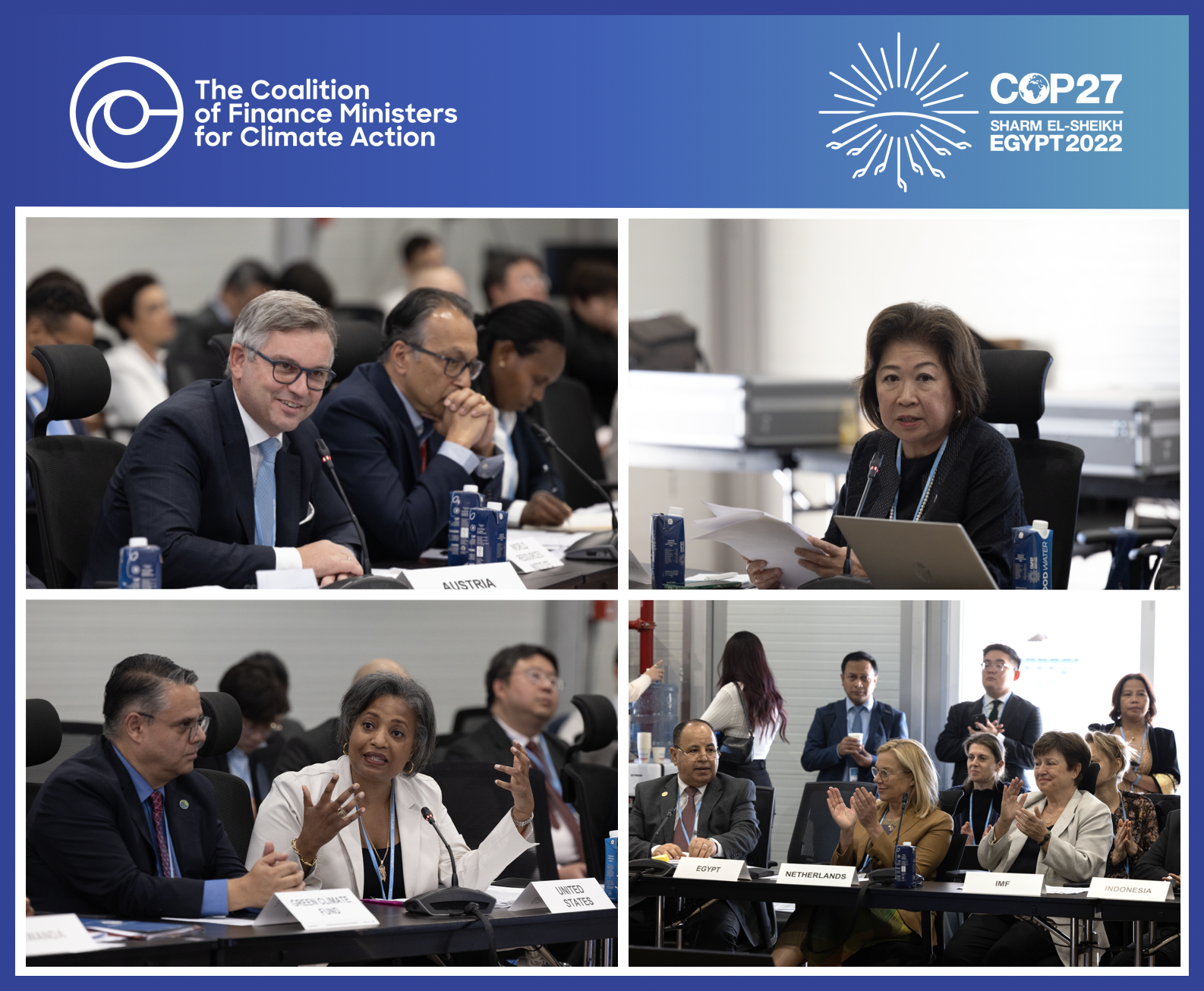 Above: Participants at the meeting of the Coalition of Finance Ministers for Climate Action at COP27